ADS-B is set to be the new compliance standard for all aircraft communication technology in the US, entirely replacing the old radar and voice based ATS system. Airplane repair companies around America have been upgrading aircrafts; while the FAA has been steadily preparing the ground infrastructure since before 2008. By 2013, the infrastructure was already in place, but most smaller planes are yet to install the new modules.

These new communication modules will eventually be mandatory for every civilian aircraft flying within US airspace by January 1, 2020 as per the Final Rule issued on May 27, 2010. 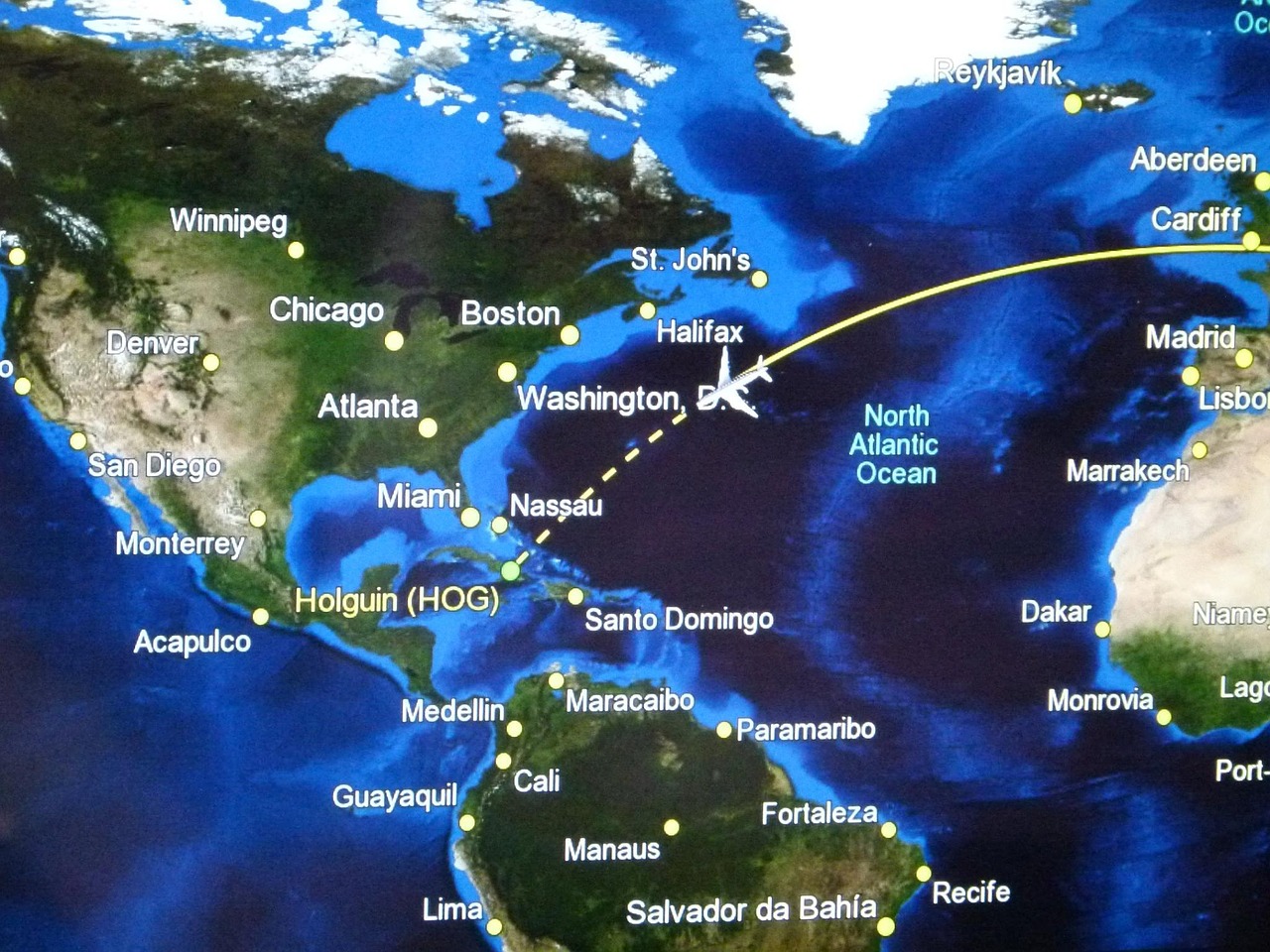 The first stage implementation of ADS-B (Out) emitters was initiated in South Florida in December 2008. In the decade since this implementation however, progress has been quite slow.

Even the biggest among South Florida’s aircraft maintenance companies have been able to generate only limited awareness about this new compliance standard amongst aircraft owners. Most smaller planes and helicopters are yet to install the new system, and time is running out.

In rich cities along the East Coast of Florida like Boca Raton and Fort Lauderdale; many people privately own single / double engine planes, helicopters, or small jets. These smaller, privately-owned aircraft are typically used as commercial charter planes, or for private travel; especially within the Florida Keys and Western corridor of the Atlantic.
Airplane repair companies do not need too much training and preparation to install an ADS-B unit. However, pilots and airplane owners are slow to respond to the mandate. Companies like Boca Aircraft Maintenance LLC. who deal primarily with private aircrafts in the South Florida region are often asked ‘Why’ the upgrade is mandatory.
The Answer is simple – universal flight safety.

Even with some of Florida’s best flight maintenance companies emphasizing the importance of ADS-B upgrades, most smaller aircrafts are still operating with old VFH communication systems. ATS centers dealing with Atlantic aviation routes often complain about these older com systems interfering with critical communication.
South Florida’s top aircraft maintenance companies have identified that even clients who spend regularly on service and maintenance are often questioning the mandate. Perhaps the owners of smaller aircraft feel that they do not need new technology to be safe?
However, this is an extremely risky neglect for an area affected so often by changes in the Gulfstream. Service for ADS-B devices will operated by the universal FAA aviation maintenance protocols; but each plane must have a separate module.

There is a remarkably high density of smaller planes and private helicopters in Florida. Flight maintenance and timely upgrades are not the responsibility of airplane repair companies, but in fact the owners. With FAA mandates in place, everyone needs to be more aware of this policy.
The universally compliant ADS-B system will make airspace much safer, so let’s try and understand what the system is about, and how it differs from the older system.

What are the Salient Features of the ADS-B Systems?

First, let’s simplify the acronym.
A (Automatic): The primary feature of this com system is that it has an automatic relay function. The pilot or the ATC do not need to exchange any dialogue for obtaining information like flight path, velocity, location, etc. Each module is configured to periodically send out vital information to other planes (with ADS-B) in the immediate vicinity, as well as different ATS centers.
D (Dependent): This ‘Dependent’ refers to the fact that each module has its unique signature, and hence each plane has a unique identity for tracking. Effectively, this feature is meant to act as an individual WAAP / GPS function for each plane.
S (Surveillance): The surveillance function acts like radar detection, since it helps the ATC keep track of the plane constantly. Older radar technology has a few flaws, like becoming especially confusing if there are multiple planes within the same airspace, or during bad weather. The ADS-B system however, is designed for seamless surveillance management.
B (Broadcast): The automated messages between the plane, and the ATC will be broadcast continually from the ADS-B (Out) module. This negates the chance of human errors, since there is no interference from other signals.

South Florida’s aircraft maintenance enterprises like Boca Aircraft Maintenance LLC. also advice getting an ADS-B (In) module installed. Though the (In) module is not any mandatory like the (Out) module; it is a far more secure, and reliable two-way communication device when flying though severe weather areas of the Gulfstream.
Services like these are meant to resolve some very basic communication problems common to the old VFH broadcasting system. Your plane may have different devices for each of these functions; but the ADS-B is a comprehensive system that ensures more safety for each aircraft!

How is ADS-B different from radar / radio -based communication?

Frequency congestion is a common problem with a radar / radio-based communication during flight. Atlantic aviation routes face some of the worst network congestion issues within US airspace. This is due to a combination of air-traffic volume, and the complicated ATS management system in place since the 1980s.
Radar detects flying objects within a given rage, at a specific altitude. Airplane repair companies often ask their clients to install upgraded GPS and communication units, but the collective cost of these upgrades is rather high. However, even the best of these systems cannot overcome frequency congestion due to high volumes of interference.
Even the best ATCs are finding it difficult to manage flight traffic, especially in Class B, C, and E airspace. Moreover, this traffic is causing severe communication errors in the congested 1090 MHz frequency being used by all air-traffic within US airspace.
It is also important to note a few peculiarities of flight management over South Florida. Aircraft maintenance engineers have observed and tested situations where perfectly good radios temporarily cease to operate during certain weather phenomenon.
This is perhaps one of the reasons that the first implementation of the new system was in Florida. Considering the unpredictable weather of the Gulfstream, service flaws in old communication systems, and the peculiarities of Atlantic aviation routes – South Florida was technically the best area to test the efficiency of the new system on a wide scale.
ADS-B modules will operate on a dual link network to accommodate all classes of airspace and aircrafts. The biggest aviation maintenance companies in Florida began to upgrade local planes since 2008; and this dual link network is already proving more efficient.
ADS-B works on the standard 1090 MHz, as well as the new 978 UAT. This new bandwidth can now accommodate a large volume of communication traffic without glitches!

Why is it mandatory to upgrade even smaller aircrafts?

It is especially important for smaller aircraft to be upgraded with an ADS-B unit! In fact, the whole idea of making this new system mandatory is to bring a benchmark to flight safety standards for smaller planes and private helicopters.
Larger planes like air-buses or private jets usually have a transponder unit, a very accurate GPS module, the best communication systems money can buy, the works!
On the other hand, privately owned single / double engine planes, or smaller recreational aircraft are not installed with such technology. These are the aircrafts which face the maximum risk in heavy air-traffic zones, or when facing harsh weather from the Gulfstream.
Services like ADS-B are especially important for smaller private planes and helicopters, because they need the security functions of the latest digital technology at a lower cost. A small plane cannot be expected to carry equipment worth millions of dollars, but why should it not be just as secure as a chartered jet, or airlines flight?
Airplane repair companies and aviation experts have carefully studied and tested the specific requirements for modern air safety. Larger planes have proven to be much safer, since they have much better flight management systems. The primary concern is to ensure that smaller planes follow the same standards for security.

The ADS-B unit is meant to reduce the overall cost of flight management. It has all the technology needed for proper flight management but comes at a very subsidized price.
The ADS-B unit was made mandatory for all aircrafts within the US to bring a uniform standard of safety and communication. Any reliable aviation maintenance company would be able to install the new unit, and it costs only a few thousand dollars.  Florida’s flight maintenance and repair centers like Boca Aircraft Maintenance LLC hope that their clients accept this FAA mandate, and invest a bit more towards their own, and others’ safety!